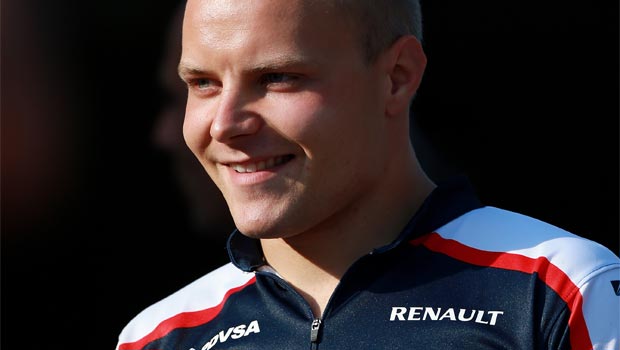 Williams’ Valtteri Bottas is excited at the prospect of pitting himself against Felipe Massa in 2014, having achieved his goal of outperforming former team-mate Pastor Maldonado in 2013.

Massa was dropped by Ferrari at the end of 2013 with Kimi Raikkonen drafted in to race alongside Fernando Alonso for the new season. The Brazilian opted to snap up the chance to drive for Williams, with Maldonado departing to move up the grid with Lotus.

The 32-year-old will line-up alongside new team-mate Bottas who is keen to try and take advantage of having so much experience in the team.

Bottas found chances and points hard to come by in 2013 due to a number of well-documented problems with his car, but admits he was delighted to come out with a better overall record than Maldonado.

The Finn out-qualified him 12-7 over the course of the campaign, picking up four points to the Venezuelan’s one.

However, with Massa set to link up with the team, the rookie is hoping he can try to pick up as many tips as possible to help his progress in the sport.

Bottas said: “Very much looking forward to it, it’s a good challenge for me.

“At the same time for me and for the team, his experience is a very good thing. He’s a nice guy and he’s ready to work hard, to be a team player so I’m very much looking forward to it. I really can’t wait for next season.

“It is a very good reference. He’s got a lot of experience and if I manage to be competitive against him it’s a good thing for me as well.”