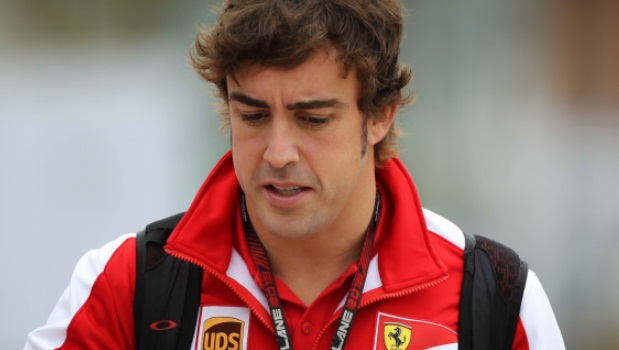 Fernando Alonso has surrendered the world title to Sebastian Vettel even though it is still mathematically possible the German can be caught.

Vettel continued his dominance of Formula 1 as he won the Japanese Grand Prix on Sunday but his title celebrations were put on hold as his closest challenger Alonso finished fourth.

It means Alonso is 90 points behind Vettel with 100 available and the Spaniard says his rival cannot be caught.

“Even if Vettel doesn’t finish all of the races I need to win nearly all, so it’s a matter of time [until Vettel is champion],” Alonso said.

In fact Alonso would have to win three of the four remaining races and take second in the other, something he does not think is possible with the current Ferrari car.

Even so the Spaniard says they will continue to battle on for the remainder of the season and will try to push Vettel all the way.

“We struggle a little bit to do so,” he said, “so it is matter of time. We continue to try to do our best on Sundays. When it is mathematically settled we [will] congratulate him.”

As for Vettel he refuses to accept victory in the title race until enough points have been secured.

“Regarding the championship, as I said, I think obviously we have a very, very good gap but we still keep pushing,” said Vettel.

“I think we’ve proven in the last couple of years that we never give up. I think we’ve won one or two championships because of that.

“Obviously this year it looks very good at this stage – but it’s not over before it’s over.”