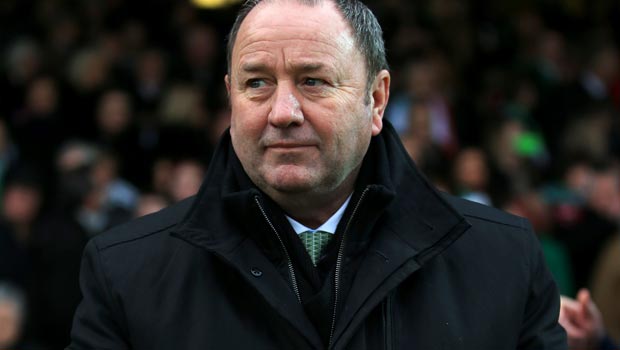 League One Yeovil get their chance to grab a piece of FA Cup giant killing action on Sunday when they welcome Manchester United to Huish Park.

Yeovil are bottom of the table and have managed just five league victories all season but manager Gary Johnson has warned his players to get into ‘game mode’ for the tussle with Louis van Gaal’s Premier League giants.

“This is a one-off game, which some of the lads aren’t going to have again. I’m sure they will think: ‘Can I get Wayne Rooney’s boots?’ You know that’s going to happen,” Johnson said.

“But we need to make sure we get into game mode. I don’t mind it after the final whistle, but I will have the raging hump if my players swap shirts before then.”

Unsurprisingly United are heavy favourites at 1.21 with Johnson’s side 9.39 and the draw 6.80

In their only two previous meetings against Manchester United, Yeovil have conceded eleven goals and scored none.

Despite their favourites tag, van Gaal is also urging caution for his players. The Dutchman’s first taste of domestic cup football in England was a 4-0 loss to another League One outfit, MK Dons, back in August and he wants no repeat here.

“We have learned from the Milton Keynes game,” said the Dutchman. “They are also in League One. Everything about playing a lower-league team will be different – the pitch, the stadium.”

The United boss refuted any suggestion he would be prioritising the race for a top four finish in the league over the FA Cup, describing it as ‘one of the most important competitions in football’.