Yannick Bolasie: We must deliver in December 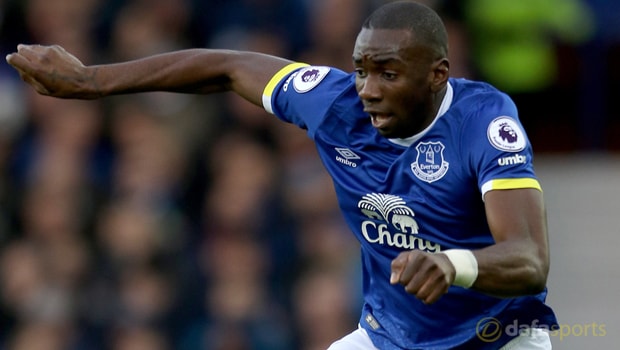 Everton winger Yannick Bolasie believes his side could struggle to qualify for Europe if they don’t find their form over the next four weeks.

The Toffees, 41.00 to finish in the top four, have been on a miserable run in recent weeks after winning just one of their last nine games.

After being dumped out of the EFL Cup by Norwich in September, Ronald Koeman’s men have since lost to Bournemouth, Burnley, Chelsea and Southampton.

Their only success came against West Ham at the end of October and that run has seen them drop to seventh in the league table.

Everton will face Manchester United, Liverpool and Arsenal in December and Bolasie is adamant they need to produce the goods – or risk falling further behind their rivals.

He told Sky Sports News HQ: “I still we could make it into the European places but this month would say a lot about us because the games that we have got are really tough, but knowing these players they are all looking forward to it.

“As a team, we have probably got to work harder. “At the same time, when I really reflect and look deep into it, when I signed for Everton, if you would have told me at the start of December

‘you are going to be in seventh position, you have got a game against United at home, you win that and you go sixth’, I would have shook your hand.

“Obviously now it is up to us as players to try and put things right on Sunday.”