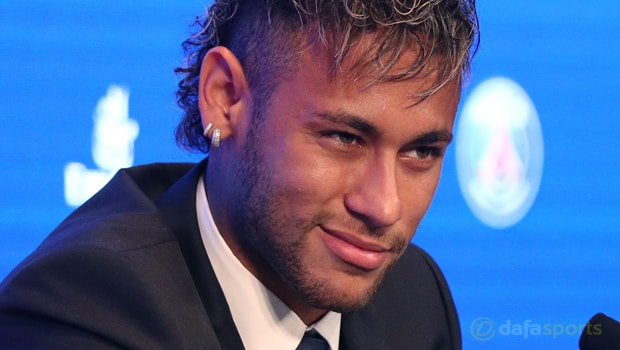 Neymar’s recovery from injury ahead of the World Cup in Russia is going ‘better than expected’ according to Brazil’s physical trainer.

The world’s most expensive footballer has been out of action since breaking a bone in his foot in a league game for Paris St-Germain in February.

Brazil have included Neymar, 26, in their World Cup squad for next month’s tournament in Russia, despite the apparent uncertainty over his fitness.

He is facing a race against time in order to be declared fit to face Switzerland in Rostov-on-Don in Brazil’s opening Group E game on June 17 but seems to be making good progress.

“His development is better than expected,” trainer Fabio Mahseredjian told journalists at the speculation on Neymar’s well-being continues.

Team doctor Rodrigo Lasmar, who led the team that operated on Neymar in early March, supports the theory that his recovery is on course to leave him ready for Russia.

Lasmar had suggested the forward would need three months recovery time following the operation on his metatarsal.

“He’s regaining his usual movements bit by bit,” he said. “The next step is full group training and then play games.

Everything is being done for him to feel at ease.” Brazil and Switzerland are joined in Group E by Costa Rica and Serbia.

Should Neymar fail to recover in time they will be relying on Manchester City’s Gabriel Jesus and Liverpool’s Roberto Firmino to plug the gap as they attempt to banish the memories of a nightmare 7-1 thumping by Germany in the 2014 World Cup semi-final on home soil.

Neymar is 2.15 to be Brazil’s leading goalscorer at the 2018 World Cup while the South American giants are 3.25 to reach the final in Moscow.