Posted by Fred McKinley on September 5, 2017 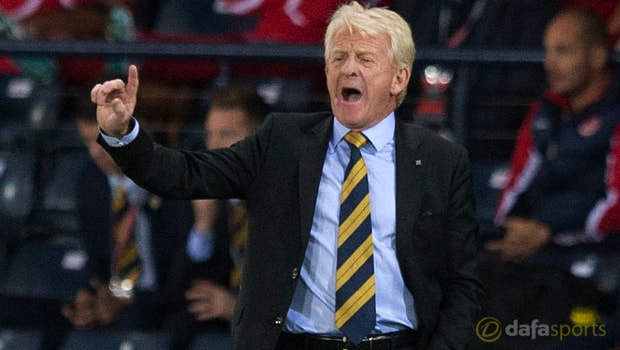 Gordon Strachan believes Scotland have set themselves up for a “roller-coaster” finish as they bid to secure qualification for next summer’s World Cup.

The Tartan Army are currently fourth in their qualifying group, one point behind second-placed Slovakia, but two wins from their final group matches should secure them a play-off place.

The Scots have improved as the qualification campaign has gone on, taking 10 points from their last four matches, including a maximum return from this month’s games against Lithuania and Malta.

Scotland’s final two matches of the group are at home to Slovakia and away to Slovenia next month and Strachan believes they are in for a topsy-turvy ride, similar to the one they endured during qualification for Euro 2016, although they ultimately came up short on that occasion.

“It’s like the last group we were involved in, with Germany, [Republic of] Ireland and Poland, that was a fantastically hard group,” Strachan told Sky Sports.

“All of them went on to do well at the finals of that tournament, and we knew from the start how hard it was going to be.

“Again, we’ve made it a roller-coaster ride, but I’ve got to thank the players and the fans for turning out tonight and performing.”

Strachan is confident Scotland can secure second place in the group as long as his players remain fit ahead of next month’s crucial double-header.

He added: “Hopefully when we meet up again we’ll have a choice of 23 guys on top form.” Scotland have not qualified for a major tournament since the 1998 World Cup.