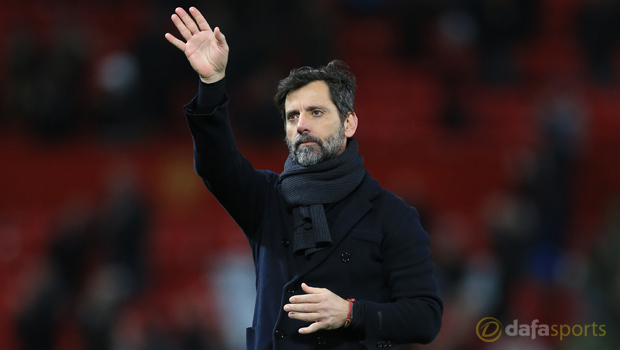 Watford boss Quique Sanchez Flores has admitted that he is concerned by his side’s lack of goals following the 1-0 defeat to Leicester.

Leicester midfielder Riyad Mahrez scored his 15th goal of the season to help his side move five points clear at the top of the table.

The Foxes, 2.10 to win the title, could have added a second but the Hornets also had their chances throughout the game. Odion Ighalo missed a brilliant opportunity as his tame close-range header failed to really test Kasper Schmeichel.

Watford failed to score for the seventh time in their last nine matches and the result leaves Flores’ side 12th in the table.

Speaking after the match, Flores conceded that his side have got to improve going forward.

He told Sky Sports: “At the moment we are a team that scores and concedes few goals, so when the goal goes for the other team we have problems.

Watford’s preparations were hampered when centre-back Miguel Britos picked up an injury in the warm-up but Flores admitted his men struggled to deal with striker Jamie Vardy during the game.

“The first 15 minutes of the first half were difficult because we struggled to create stability in the defensive line,” he added.

“Our defence was new today, they have never played together and it was not easy to stop [Jamie] Vardy.”