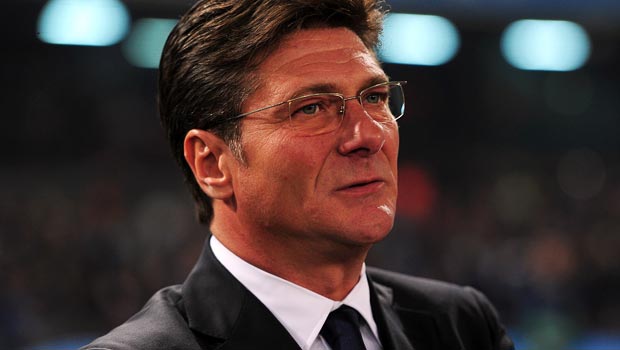 Inter Milan president Erick Thohir says that head coach Walter Mazzarri is safe in his position for the time being, but he does expect an upturn in form and results.

The Nerazzurri are currently down in ninth place in the Serie A table, some 12 points adrift of leaders Juventus, with Inter having won just four of their 11 league games to date.

And they have won only twice in their last eight games in all competitions, with the latest dropped points coming in a 2-2 draw with Verona in the San Siro, with Nico Lopez netting a last-minute equaliser for the visitors.

However, Thohir says that no immediate change is on the cards, although he does expect Inter to improve after the latest international break.

He told La Repubblica: “I’ve never given Mazzarri]an ultimatum, although I’ve read several times that I have.

“I’ve said the same thing six or seven times and I’ll say it again – I started this project with Mazzarri and he can feel comfortable, we know that bringing a plan to fruition takes time.

“But at the same time you must also get results.”

The pressure could grow on Mazzarri following his side’s next game, a derby showdown with AC Milan in the San Siro on Sunday November 23, with Inter 2.60 to win the game and 3.30 to keep a clean sheet.

Three of the last four Milan derbies have been settled by a single goal, with Inter having tasted defeat just once in the last six meetings between the city rivals.