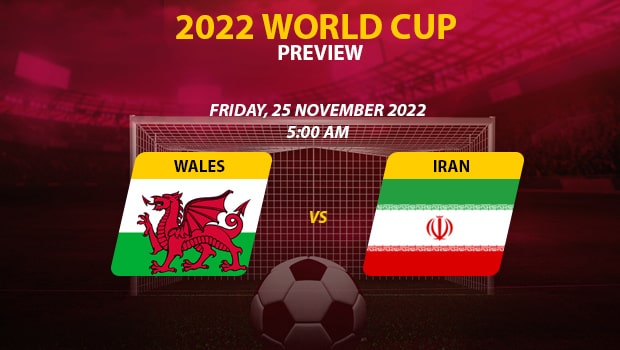 Wales collides with Iran in 2022 FIFA World Cup Group B action on Friday.

Iran got demolished by England 6-2 on Monday in a game that they could have lost by more goals. Iran put up a fight in the end, finding the back of the net twice and England left the game feeling they could have scored at least eight goals.

Wales is coming off a hard-fought 1-1 draw against the United States on Monday. Timothy Weah gave the US the lead and they played very well in the first half, but Wales adjusted in the second half and a Gareth Bale penalty saved the game for them.

Head-to-Head: This will be the first-ever meeting between these two teams.

Wales rescued a valuable point against the United States and this is a must-win game for them. On paper, Wales should take care of Iran comfortably and set themselves up for second place in Group B after two games. Look for a high-scoring game, Iran’s defense struggled against England and their offense can at least get a goal.

Two-star (out of four) AccuScore hot trend pick on the total in this one. Average score in simulations is Iran 1.5 to Wales 1.11.