US defeated Germany 4-3 in Friendly match 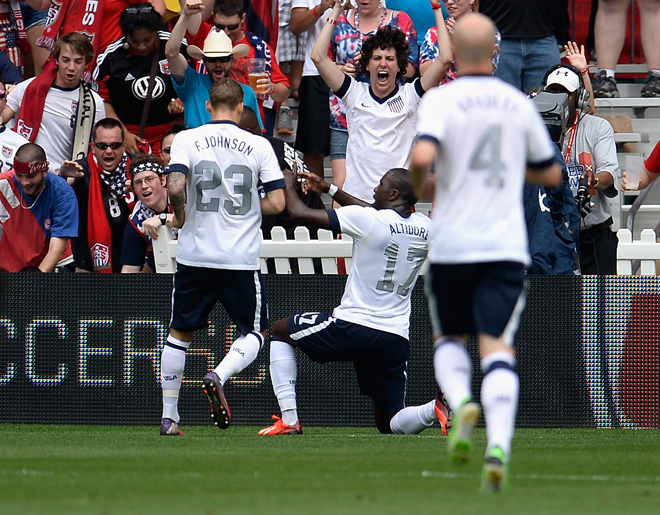 Clint Dempsey scored a brace, Jozy Altidore broke his goal drought and the Americans were gifted an own goal in the first half to shock a visiting German side 4-3 in their friendly while US Soccer Federation is celebrating its centennial anniversary.

Altidore, who has not scored for USA since November 2011, lit up the scoreboard with a 13th minute goal, much to the delight of the 47, 359 fans at RFK Stadium.

Germany, who were missing some Bayern Munich and Borussia Dortmund players, cut the lead early in the second half after Heiko Weistermann drove in Max Kruse’s corner kick in the 52nd minute.

Clint Dempsey then knocked in his first goal at the hour to restore the lead to two, before the Tottenham striker added a spectacular left-footed kick to extend the lead to 4-1 and make the home crowd wild.

“I think today we set the tone from right from the beginning,” said team USA coach Jurgen Klinsmann. “We pressured them high. We made it very difficult for them to play out of the back, which is what they like to do, and we were right there on their toes. This is what we need to do every game. Every game we need to win battles, and you have to move off the ball and create something. There was a pace and understanding to our game.”

Kruse and Julian Daxler both scored later in the game, but America’s defense held on, ensuring USA’s first win against the Germans since the 1999 FIFA Confederations Cup.