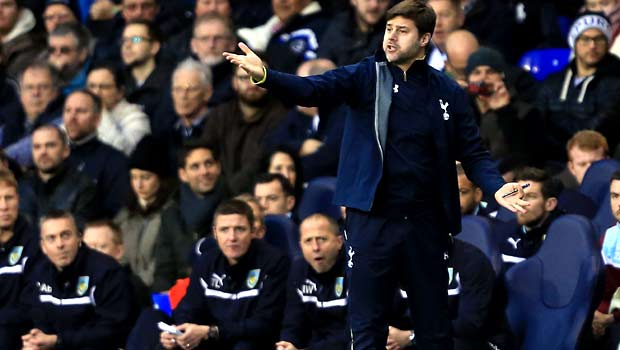 Tottenham boss Mauricio Pochettino has warned that his side must not get complacent following their 2-1 victory at Leicester on Friday.

The Boxing Day victory was Spurs’ fourth straight win in all competitions and moved the north Londoners into seventh position in the table, only two points off the final Champions League position and level on points with rivals Arsenal.

The victory at the King Power Stadium was their fifth away success in the league this campaign and, when in-form Harry Kane gave them an opening-minute lead against the league’s bottom club, it looked like being a comfortable afternoon for them.

However, the Foxes rallied and equalised through Leonardo Ulloa just after the restart before Christian Eriksen struck to claim all three points for Tottenham.

Afterwards Pochettino was clearly pleased to take the points, but warned against complacency as the busy festive period continues.

He said: “We started very well and after scoring early maybe we thought we’d have an easy game but in the Premier League you never have an easy game, it’s impossible to be relaxed. The level in our league is high and Leicester deserved more.”

Next up for Spurs is a home match against an in-form Manchester United in the early kick-off on Sunday. The Red Devils are unbeaten in their last 13 league matches, including winning eight of their last nine, and will provide a tough test for the hosts.

United are slight favourites at 2.23 to take the points back to Old Trafford. Spurs are 3.15 to win, with the draw available at 3.29.

It could yet be a successful season for Pochettino’s side as they are also in the semi-finals of the Capital One Cup, while they are also through to the knockout stages of the Europa League and will begin their FA Cup campaign at Burnley on January 5.