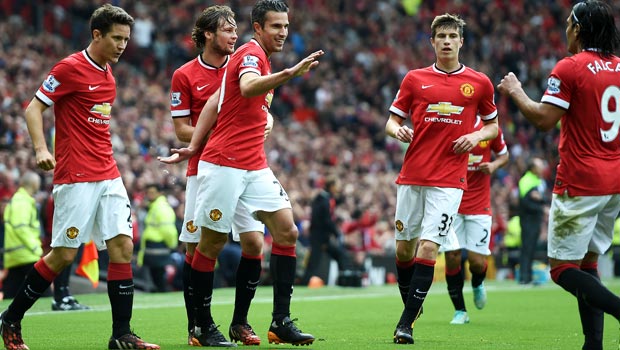 Robin van Persie has told his Manchester United team-mates that securing a top-four finish in the Premier League this season is imperative.

The former champions claimed only a second victory so far this season when scraping a narrow 2-1 win against West Ham at Old Trafford on Saturday.

Louis van Gaal’s expensively-assembled squad trail leaders Chelsea by eight points and have yet to convince neutrals they are ready to return to former glories despite a summer outlay of around £150million on the likes of Angel di Maria and Radamel Falcao.

Netherlands striker van Persie says securing Champions League football for next season has to be the least of United’s aims.

“If you look at our players, fans, squad, stadium, it’s normal to be in the top four. This year we have a great manager, great staff, great fans so, when you look at everything together, it makes it hard [not to be in the Champions League].

“Everything is in place to be up there competing with the very best teams. I think we can do it and we will.”

United came under major scrutiny when they crashed to a shambolic 5-3 defeat against newcomers Leicester City, despite leading 2-0 and 3-1, and had to survive with 10 men when captain Wayne Rooney was sent off against Sam Allardyce’s men.

Van Persie said they must use Saturday’s tight win against the east Londoners as a catalyst to climb the table and kick on for a top-four finish.

He added: “It was a bit nerve-wracking at times, but we dug in and we did it so it gave us a lot of confidence.”

Manchester United are currently priced 6.50 in the competition outright betting to win this season’s FA Cup and Chelsea are quoted 5.50 by Dafabet.