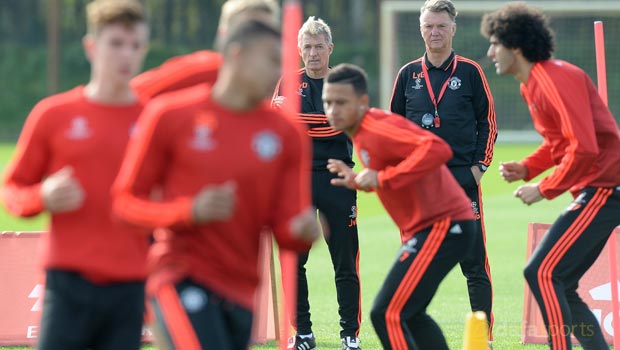 Louis van Gaal is concerned that a heavy schedule of games could hinder his Manchester United side in their bid to win some silverware this season.

The Red Devils eked out a 2-1 win at home to Wolfsburg in the Champions League on Wednesday evening, but they are back in action on Sunday when they head to Arsenal for a major Premier League showdown.

And, with the Gunners having played in Europe a day earlier than United, Van Gaal is worried that fatigue could play a part in the weekend encounter.

He said after the win over Wolfsburg: “A lot of players are very tired because of the accumulation of a lot of matches.

“Arsenal played yesterday (Tuesday) – one day more to recover. That will benefit them but we shall manage it.

“We have a rat race that is not always the same in other countries. We also have to play over Christmas.”

Arsenal are fourth after recovering in style from their controversial 2-0 defeat to Chelsea by thumping previously unbeaten Leicester City 5-2.

United are 3.60 to win at the Emirates Stadium on Sunday, with an Arsenal victory 2.05.

Meanwhile, the Dutchman was also full of praise for defender Chris Smalling, who netted the winner on Wednesday evening, with Van Gaal impressed by the performance of the England man at both ends of the pitch.

“Now he has the confidence to do that. I’m very pleased with his performance.”