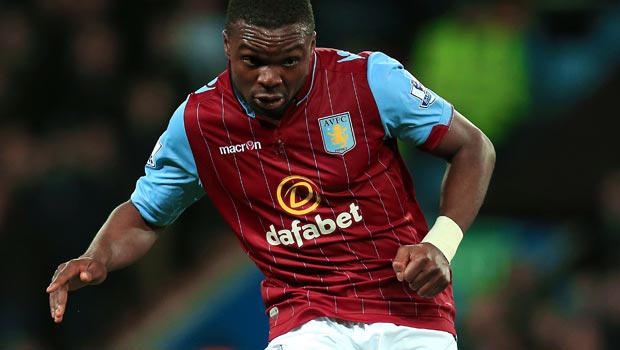 The enthusiastic coach was appointed as the club’s manager last month following the sacking of Paul Lambert and has already made a difference to the side, with them now playing a more attacking and expansive style of football.

Wins against West Brom and Sunderland have lifted the Villans to 15th in the table, three points clear of the relegation places, while they are also through to the semi-finals of the FA Cup.

Prior to his arrival, the Villa players often looked short on confidence but that has certainly changed in recent weeks, with the team seemingly no longer afraid to express themselves on the pitch.

Okore admits his side are now full of belief again and has credited Sherwood’s inspirational nature as the main reason for the squad’s new found optimism.

The Dane told the club’s official website: “The gaffer has been great. He has come in with positive energy and really gone out there and said ‘look guys, I really believe in this and I want you to believe it too. If we do this together, we can achieve the goals we set.’

“He made us believe that strongly. Everyone is on the same page. He brought the team together and maximised the strength and potential of the squad.

Okore added: “He has so much passion. It rubs off on everyone – it has with the fans and the players.

Following their recent upturn in form, Villa have the perfect opportunity to extend their winning run on Saturday when they host Swansea, a game they are 2.38 to win, with the draw 3.10 and Garry Monk’s men 3.06.