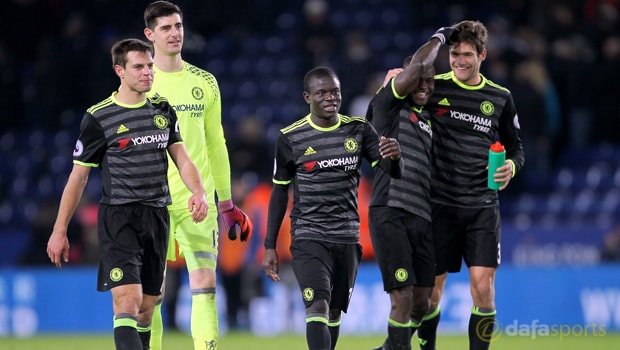 Thibaut Courtois admits the Chelsea squad were guilty of complacency last season and he insists they have now rediscovered their hunger.

The Stamford Bridge outfit cruised to title glory in 2014/15, finishing eight points clear of nearest rivals Manchester City, but last term they struggled for the majority of the campaign and finished tenth after an end-of-season revival under Guus Hiddink.

Goalkeeper Courtois says Chelsea believed they would be able to “easily” defend their crown last season and when it became clear that would not be the case, they found it hard to get back to winning ways.

The Belgium international feels the squad have regained their desire this term under Antonio Conte and says the Italian boss’ tactics have also been crucial to Chelsea’s table-topping form.

“Last season, we started a little bit too relaxed. We thought, ‘Last season we were champions easily, this year we can take it easy.’

We dropped points in the Premier League, we started to lose, and we couldn’t get out of that,” he told the the Le Grand Debrief radio show.

“There was a bit of a negative atmosphere which meant things didn’t go well.”

He added: “This year, with rivals like Liverpool and especially Arsenal, the players said to themselves, ‘Boys, we don’t want to have the same season as last year, we have to give more.’

There was also the change in the system. “The two things together mean we are really hungry and want to be there at the top.

I think the big difference is that we’re winning the matches against our rivals for the title, and the other teams like Manchester City and Liverpool are dropping points.”

Chelsea, who have an eight-point lead over nearest rivals Arsenal, are 1.36 to win the Premier League this season. The Gunners can be backed at 9.00 while fourth-placed Liverpool are 11.00.