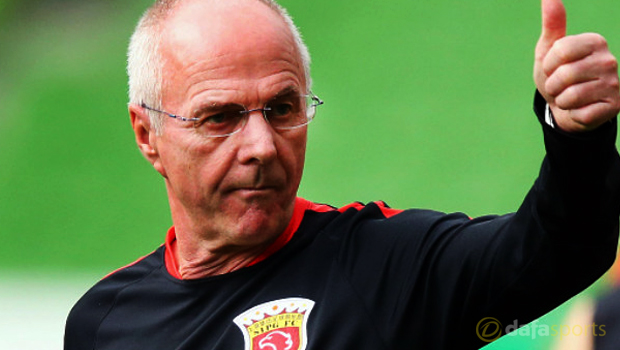 Former England boss Sven-Goran Eriksson is adamant that China could win the World Cup within the next 15 years.

China is currently undergoing a football revolution since Xi Jinping became the President of the People’s Republic of China in 2012.

Xi set three goals when he came into power – to qualify for the World Cup, to host the event and, finally, one day to lift the trophy.

Clubs from the Super League have grabbed the headlines in recent weeks as they bring in players from around the world to try and bolster the division.

The likes of Gervinho, Jackson Martinez, Ramires and Ezequiel Lavezzi have all moved in the last month and Eriksson believes the Chinese national team will also improve.

The 68-year-old is the current manager of Shanghai SIPG and the Swede is expecting the country to flourish in years to come.

“I’ve been in Italy during the 90s when every player wanted to come to Italy because the football was very good, then I was in England during the 2000s and all the players wanted to go to the Premier League because of more money and the good football.

“Now, in 2016, it seems that every player wants to come to China for the same reasons. (All the money) will make the clubs much stronger.

Maybe 10 or 15 years ahead, I’m sure China’s national team will compete well (enough) to win the World Cup.”