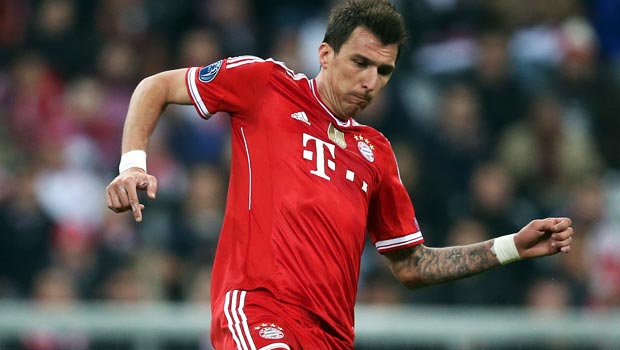 Spanish champions Atletico Madrid have completed the signing of Bayern Munich striker Mario Mandzukic for a fee of around 17.5million euros.

With Robert Lewandowski’s arrival from Borussia Dortmund pushing him further to the sidelines, a move to La Liga will present the 28-year-old with the chance to show off his goalscoring talents as Atletico prepare to defend their title.

Atletico’s sporting director, Jose Luis Caminero, said: “The incorporation of Mario Mandzukic is great news because he has the features we were looking for to cover this position.

“He’s a strong forward, with a great high ball control and a powerful shot. It allows us to start pressuring behind the rival from the beginning, because he works hard on playing the ball out of defence.

“He fits well with his attacking team-mates and is used to competing at the highest level. He’s a winner, a player used to winning titles. He’ll contribute very much.”

The Croatia international, who spent four years in the Bundesliga, was part of Bayern’s treble-winning side of 2012-13, but struggled to earn a regular place in the starting line-up in his two years at the club.

However, during his spell at the Allianz Arena, Mandzukic still managed to score 47 goals in all competitions for the club, including 18 last season, and helped win nine trophies, but still failed to impress coach Pep Guardiola.

Mandzukic scored two goals for Croatia at the World Cup this summer.