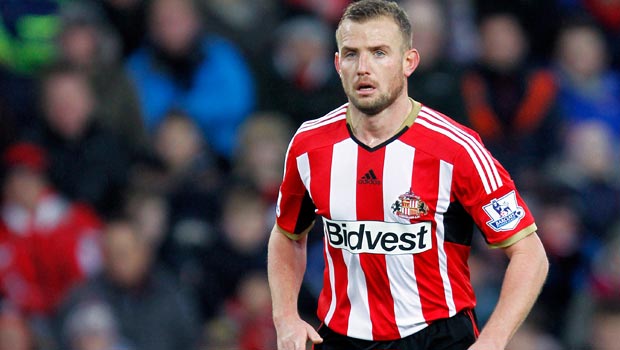 Lee Cattermole feels Sunderland’s ability to keep picking up points on a consistent basis should serve them well in the battle to beat the drop.

The Black Cats currently sit in 16th place in the Premier League standings, with 25 points from 26 games played.

They are only three points above the relegation zone and look like facing a battle for survival during the rest of the campaign.

While they have been hard to beat this term, with an amazing 13 draws already, winning games has proved far more difficult, with only four victories all season – the same number as basemen club Leicester City and fellow strugglers Burnley.

But Cattermole is content with the situation and believes the lack of a really bad run of results is a positive for the club.

“I think if you look at the season, we haven’t gone on any eight or nine game runs without a point or without a win,” said the tough-tackling midfielder. “We’ve been really consistent throughout the year.”

Sunderland’s last top-flight win came against the Clarets on January 31 and they have taken just two points from three subsequent games.

Next up for Gus Poyet’s men is the small matter of a visit to Old Trafford on Saturday to take on Manchester United and they can be backed at 8.84 to shock the Red Devils (1.35).

And Cattermole admits that they need to stay focused with the business end of the season looming large.

“We need to approach the next game in the right way and be really solid,” he added. “After our wins, we’ve not really followed it up too well. But we’ve got to look to finish the season strong.”