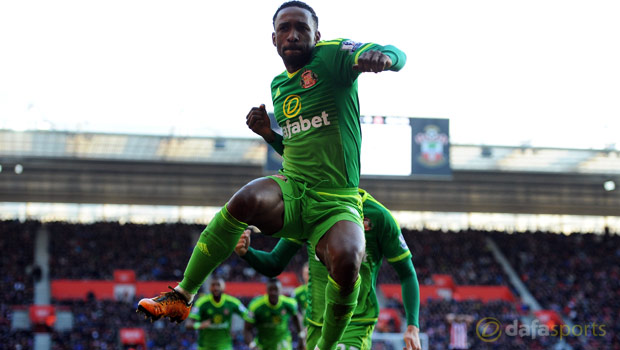 Jermain Defoe has called on his Sunderland team-mates to start killing games off and secure some much-needed victories as opposed to being forced to settle for draws.

The Black Cats currently occupy the final Premier League relegation place and are two points adrift of Norwich with a game in hand and a huge game against the Canaries at Carrow Road on April 16.

Survival is still very much in their own hands, but Defoe has identified the side’s inability to kill off opposing sides when they are on top as a problem which needs to be rectified if they are to escape the dreaded drop.

In their past three games Sam Allardyce’s men squandered leads against Crystal Palace, Southampton and Newcastle so, while they have remained unbeaten, they have only managed to pick up three points from a possible nine.

And looking forward to the visit of West Brom to the Stadium of Light on Saturday following this latest international break, Defoe wants the team to develop and ruthless streak.

He said: “If you are in control of a game, try and get another goal – create the chances.

“It would be nice to play a game where we are winning two or 3-0.

“It’s been a while – last time we scored a few goals was against Swansea.

“It would be nice but we can’t always do that and it’s a tough league to score goals in. At the end of the day, if we win 1-0 it’s still three points.

“It doesn’t matter who scores the goals or how many goals we score, it’s about getting three points.”

Sunderland are 2.05 to defeat West Brom on Saturday, while the Baggies are 2.75 to secure the three points and the draw is 3.20.