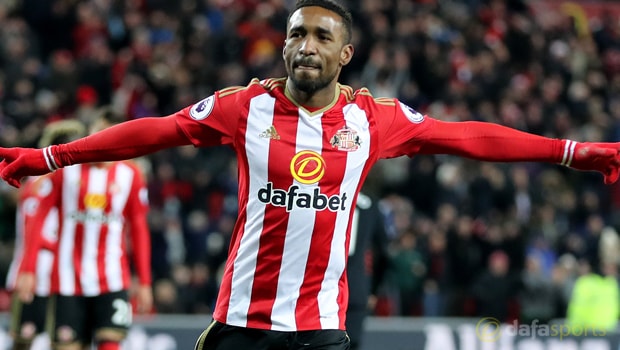 Sunderland boss David Moyes insists Jermain Defoe is not for sale at any price and believes the forward can go down as one of the club’s greatest strikers.

The former England international has been instrumental since arriving at the Stadium of Light from MLS outfit Toronto in January 2015, particularly last season when his 15 Premier League goals helped the club preserve their place in the top flight.

The 34-year-old has continued in the same vein this term, scoring 11 league goals already including a brace in Monday’s 2-2 draw with Liverpool, and his form has led to speculation linking him with a return to former club West Ham.

The Hammers reportedly had a £6million bid rejected last week and Moyes has now revealed Sunderland have no intention of selling Defoe at any price.

“We have had an offer and we told them that he wasn’t for sale,” said Moyes. “It’s come from the owner and we have said that he’s not for sale.”

Defoe, who is contracted at the Black Cats until the summer of 2019, has scored 30 goals in his 70 league appearances for the club, a tally that has led Moyes to believe the forward can go down as a Sunderland great.

“If he keeps scoring the goals at the rate he is, then he’s going to put himself up there because of his goals and what he’s done,” the Scot added.

“This club has had some really good goalscoring centre-forwards over the years, so I’m sure Jermain will want to get in amongst that group and he’s got a great chance.”

Sunderland host Burnley in the FA Cup third round on Saturday and they are 2.50 to win while the Clarets are available at 2.88, with the draw on offer at 3.30.