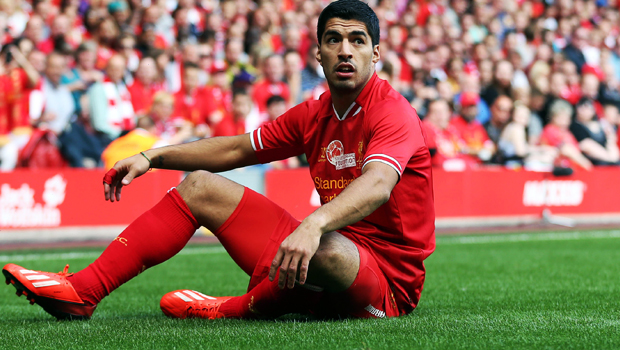 Luis Suarez says Liverpool promised him 12 months ago he could leave Anfield if they failed to qualify for Champions League and has urged the club to let him leave.

The Uruguayan striker wants out of Anfield with both Arsenal and Real Madrid chasing his signature but so far Liverpool have refused to sell, much to the frustration of the player.

Arsenal lead the race for Suarez but it remains to be seen if they will make another improved offer after their last bid of £40million plus £1 was thrown out by the Reds.

Liverpool boss Brendan Rodgers does not want to sell, but by keeping him at Anfield, Suarez claims that breaks a promise made to him last summer, when he had a chance to leave.

Suarez also claims it was put in writing and he is ready to take the matter further if Liverpool do not grant him his wish of a move to a club that plays Champions League football.

“Last year I had the opportunity to move to a big European club and I stayed on the understanding that if we failed to qualify for the Champions League the following season I’d be allowed to go,” Suarez said.

“I gave absolutely everything last season but it was not enough to give us a top-four finish – now all I want is for Liverpool to honour our agreement.

“I have the club’s word and we have the written contract and we are happy to take this to the Premier League for them to decide the case but I do not want it to come to that. We have the backing of the PFA.”

Meanwhile, Suarez has also backtracked on comments made suggesting he wanted to leave England after being hounded by the media, and a move to Arsenal looks to be his preferred option.

“My priority is Champions League football. This is about me doing what is right for my career at this moment in time,” he added.

“Right now the Premier League is the biggest and most important league.”