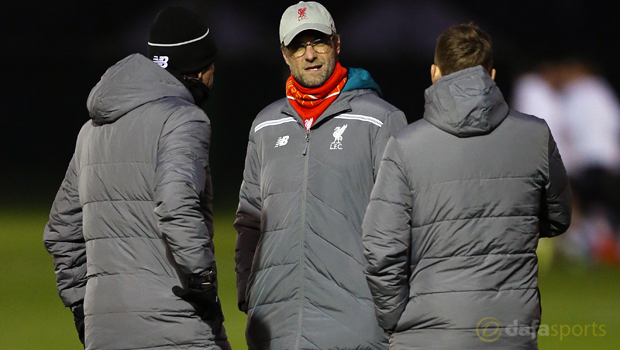 Steven Gerrard is excited by the prospect of training with his former Liverpool team-mates but there seems little chance of him playing for the club again.

The 35-year-old left Anfield for Los Angeles Galaxy last summer after spending his entire professional career on Merseyside and playing 504 top-flight games for the Reds.

The former England captain made 13 appearances in MLS for his new team and will return to California when the new season starts in 2016, but there were rumours that he might sign a loan deal to play for Liverpool in the New Year.

Several high-profile MLS players have done so in the past, with David Beckham enjoying spells at both AC Milan and Paris Saint Germain while he was on the books in LA and Thierry Henry returning to Arsenal from New York.

New Reds’ boss Jurgen Klopp has denied that Gerrard will grace the Anfield pitch over the next few months but has enticed him back to the training pitch, with Gerrard relishing the chance to train under the former Borussia Dortmund chief.

“I’m going to go in next week, for a couple of weeks, and work with Mr Klopp,” he told BT Sport. “I’m really looking forward to that, to see what he’s about and try and learn a few things off him.”

Liverpool’s star appears to be on the rise once again with just one defeat in eight, while they have beaten both Chelsea and Manchester City in the last few weeks.

The north-west giants are now just six points outside the top four and, after Thursday’s Europa League clash with Bordeaux, face a home encounter with struggling Swansea on Sunday afternoon.

Klopp’s men can be backed at 1.44 to make it back-to-back Premier League wins, with the Welsh outfit priced at 7.00 to take all three points.