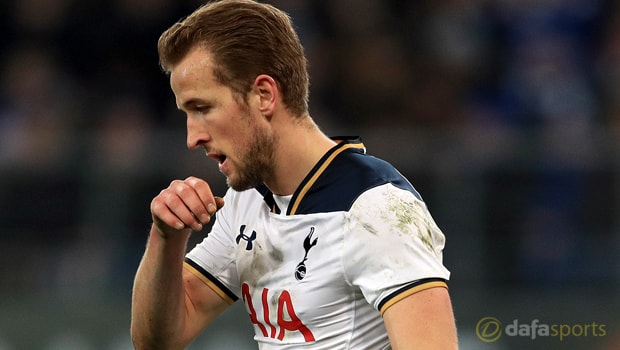 Spurs striker Harry Kane feels he has now proven himself as one of the best strikers in the Premier League.

The England international managed 31 goals in his breakthrough campaign in 2014-15 but last season he endured a slow start, with just one goal in his first 13 matches.

That led to the suggestion he may struggle to replicate the initial impact he made in the future, but the forward did rediscover his form as he finished with 29 goals – including 25 in the Premier League as he ended the campaign as the top goalscorer.

Kane, who is 4.75 to be the top Premier League goalscorer this season, has managed 16 goals in all competitions this term and he says he has now established himself as one of the most dangerous strikers in English football.

“Because I had come onto the scene so quick and I had started scoring early on, I think there was always going to be a time in my career when the goals were not happening so quickly and so fluently,” he told the Daily Telegraph.

“I have always had a point to prove coming through the academy here and going on loan [to Leyton Orient, Millwall, Norwich and Leicester].

I have always wanted to prove my ability and prove I’m capable of playing in the Premier League. “I might have just been anticipating that.

“I enjoy a challenge. I knew unless I started that second season scoring every game people were going to say ‘he’s not going to do as well’ or ‘he’s not as good as last year’.

“So, I kind of expected that and I worked even harder to make sure that was not the case.”

Spurs face a potentially tricky FA Cup clash at Championship side Fulham on Sunday and they are 1.75 to secure a victory, with Kane priced at 13.00 to score a hat-trick.