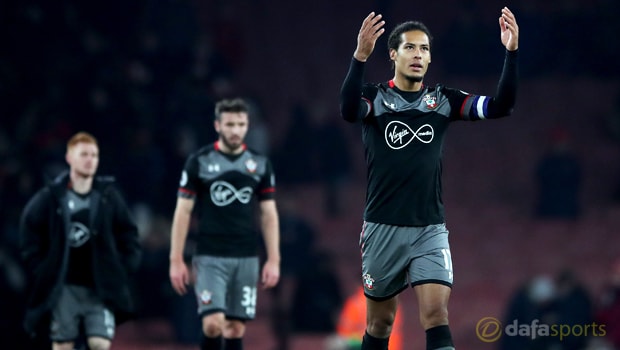 Southampton defender Virgil van Dijk feels his team are contenders for the Europa League title ahead of their final group game against Hapoel Be’er Sheva.

Southampton are 23.00 to win the Europa League outright. The Israeli outfit head to St Mary’s on Thursday, with the two sides level on seven points.

A win or a goalless draw would see Southampton progress, as they grabbed a 0-0 draw at Hapoel earlier in the tournament, and Van Dijk is convinced his side can challenge for the trophy this season.

“With the quality we have in the team, I think we have a chance to go far in the competition,” he told the club website.

“Obviously, we’ve had some good games and bad games, but I think in every game we’ve had chances to win.”

Southampton are 1.44 to come out on top on Thursday and, as they have won both of their home group games to date, against Sparta Prague and Inter Milan, they should head into the clash in confident mood.

However, Van Dijk expects a stern test and says Saints cannot afford to be complacent. The defender added: “We need to be focused.

It’s going to be a tough game. They’re a good opponent – physical as well. So, we need to be prepared, but I’m confident.

“It’s going to be a different game without their fans. I think their fans played a big part over there.”