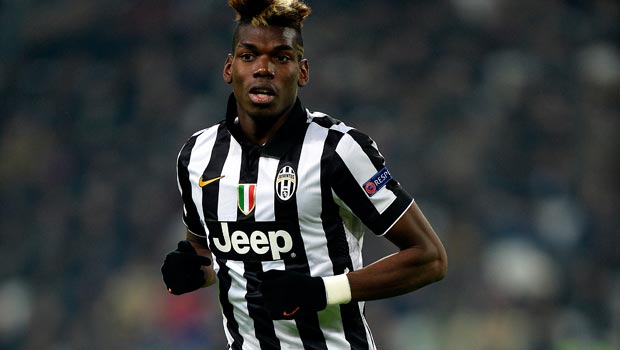 Paul Pogba’s agent, Mino Raiola, has hinted that his client could leave Juventus despite general director Giuseppe Marotta dismissing any speculation over the future of his star man.

On Monday, Marotta insisted the France international was not going to be sold during the January transfer window.

The former Manchester United midfielder is being linked with a return to Old Trafford in a deal that could be worth up to £77million.

Ligue 1 champions Paris Saint-Germain, Chelsea and Manchester City are also thought to be interested in Pogba after his impressive performances for the reigning Serie A champions.

Pogba scored seven goals and created seven more in 36 games for the club last season as they won their third league title on the bounce.

In a bid to warn off potential suitors, Marotta had moved to quash any speculation but with Pogba’s current contract expiring in June 2019, his agent Raiola has hinted that his client could be on the move.

“I knew his talent, but when one moves to Italy so young you don’t expect them to establish themselves immediately,” he said.

“He’s grown rapidly, even I didn’t expect it. Will he stay in Italy?
No. It will be up to them, we have renewed his contract, we’re happy with Juventus but when the time is right to leave we’ll take that opportunity.

“We’ll see, I don’t know when the right time will come…”

Pogba will once again be launched into the spotlight when the UEFA Champions League resumes and he will be hoping to help Juventus win the crown in May. Massimiliano Allegri’s side, who play Borussia Dortmund in the last 16, are available at odds of 26.00 to win the competition with Dafabet.