Posted by OLADIPUPO MOJEED on November 1, 2021 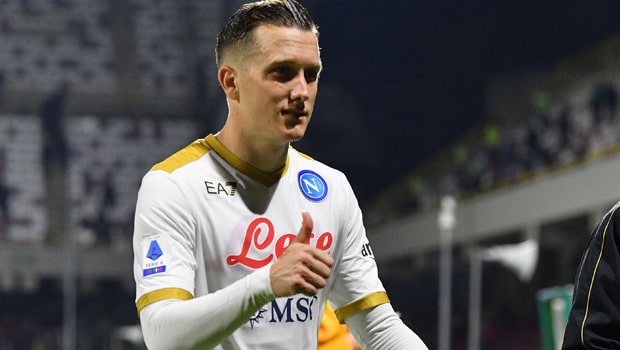 Serie A leader, Napoli has returned to the summit of the log after securing an important win at Salernitana.

In the tough slog in Salerno, Napoli scraped a victory with Piotr Zielinski’s goal.

In the return of the Campania Derby last played in Serie A only in the 1947-48 season, the Azurris carried the day. The last time they met was in the Coppa Italia in August 2009.

In the match were the leaders dominated possession that resulting in Piotr Zielinski and Chucky Lozano missing chances, Salernitana still threatened through Cedric Gondo, who was unable to get on the end of two dangerous crosses. Federico Bonazzoli also testedDavid Ospina from distance.

After Mario Rui and Kalidou Koulibaly couldn’t take their chances, Napoli finally got a goal on the hour mark after a chaotic move. Andrea Petagna’s header bounced off the bar and another shot was blocked before Zielinski managed to squirm his finish under the goalkeeper from eight yards.

Salernitana’s Grigorios Kastanos was later sent off for a studs-up tackle on Andre-Frank Zambo Anguissa’s ankle.

Napoli were also reduced to ten men when Ribery on the counter released a pass to  Nwankwo Simy, who was held back by Koulibaly on the edge of the area. Since it was considered a clear scoring opportunity, the Senegalese defender was handed a red card.

Inter also recorded an important victory that kept them close to the table toppers, Napoli and AC Milan.

They got the maximum points through Joaquin Correa’s brace which came within eight minutes.

After several attempts at scoring, Inter finally broke the deadlock on the hour mark, when Ivan Perisic’s dummy allowed an Alessandro Bastoni pass-through for Correa. The Argentine sprinted forward and cut inside Bram Nuytinck to fire past Silvestri at the near post from 12 yards.

He then got the second through a pullback from Denzel Dumfries, who burst down the right. Correa made no mistake by shooting the ball into the roof of the net to wrap up the points for the defending champions.

Fiorentina returned to winning ways when they thrashed Spezia 3-0.

Dusan Vlahovic was the man-of-the-match with the three goals coming from him. They eventually got a deserved when Emmanuel Gyasi jumped with his arm very high and practically swiped the ball off Nikole Milenkovic’s head. Vlahovic stepped up and sent Provedel the wrong way.

The Serbian doubled Fiorentina’s lead through a wonderful passing move. Alvaro Odriozola combined with Saponara’s back-heel flick and pulled it back to 10 yards for Vlahovic, who fired in at the near bottom corner.

Vlahovic completed his hat-trick when Jose Callejon released a simple pass from the right for a simple finish from 10 yards.

Meanwhile, Sassuolo will be blaming themselves for failing to take numerous scoring opportunities created against Empoli as the visitors turned it around with two late goals from Andrea Pinamonti and Szymon Zurkowski.

Napoli shares the lead on the table with AC Milan. Both teams have 31 points while Inter is third with 24, while AS Roma completed the top four with 19.