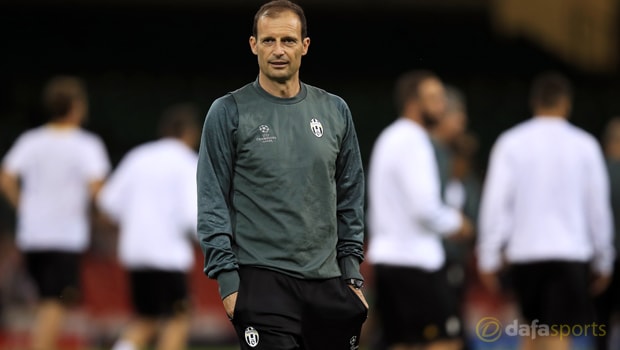 Juventus boss Massimiliano Allegri has praised the defensive resilience of his side following their goalless Champions League draw with Barcelona at the Allianz Stadium on Wednesday.

Allegri was searching for a reaction from his side following their 3-2 defeat to Sampdoria in Serie A at the weekend and he certainly got that, as the Old Lady defended resiliently throughout the contest.

The 50-year-old was certainly pleased with his side’s defensive display, particularly as they came up against quality players such as Luis Suarez and Lionel Messi, although the latter was only used as a second-half substitute.

“When you play games like this, everyone needs to defend. They worked well when not in possession and we made it difficult for Barcelona to play through our defence.

“Tonight, faced with some extraordinary players, we maintained a very high level of focus and they didn’t hurt us. When Juve defend like that, it’s very tough to score.”

The draw leaves Juve second in Group D, one point clear of Sporting Lisbon, and they know a victory against Olympiacos in their next European fixture will secure their progress through to the knockout stages.

Juve have reached the final of the Champions League in two of the last three years, although they have ultimately been beaten in the showpiece event on both occasions.

Allegri’s men are priced at 19.00 to go one better this term and claim Europe’s top club prize for the first time since 1996.