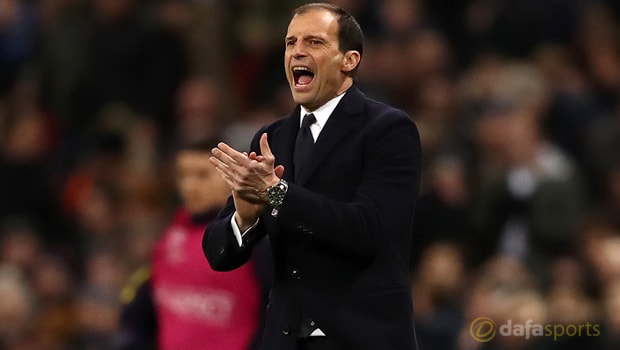 The two teams are set to go head-to-head once again in the quarter-finals of this season’s competition, with the first-leg in Turin on Tuesday scheduled to take place exactly 10 months after their showdown in Cardiff.

Allegri acknowledged Juve were not at the races during their defeat in last season’s final, but he believes his side have learned a lot since then and that should put them in a strong position heading into Tuesday’s first-leg.

Speaking at his pre-match news conference, he said: “Of course, we have watched the final again several times, and I would say that the team, especially in Europe but also in Serie A, has improved a lot, especially in managing the difficult moments during the match.

“It was a very important lesson to grow and to improve, we had a good first half and then in the second half we should have managed the ball much better and we had to deal with it in a calmer way.

“That’s something that influenced us. From a psychological view the team has certainly made huge strides since then.”

The Old Lady should certainly head into the contest with no fear, as they are unbeaten in their last 25 matches in all competitions, a run that stretches back to November, while they have only actually drawn four games during that time.

That impressive run will certainly be put to the test against Real on Tuesday, although Juve did secure a 2-1 victory the last time the two teams met at the Allianz Stadium in 2015.

Allegri’s side are priced at 3.10 to secure a similar victory this time around, while Los Blancos are available at 2.38 to claim a first-leg advantage and the draw is on offer at 3.10.