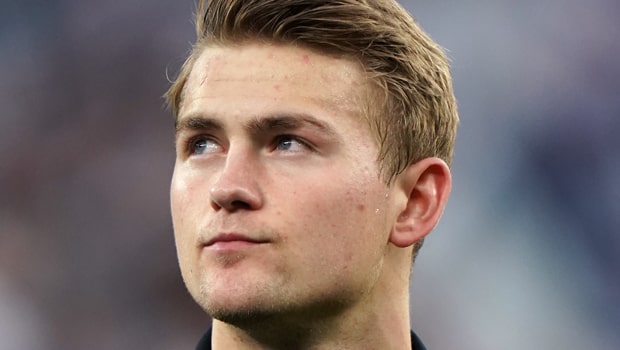 Juventus are in pole position to sign Ajax teenager Matthijs de Ligt, according to reports in Italy.

The 19-year-old central defender was a key component in the side that won the Dutch league and cup double last season, as well as reaching the Champions League semi-finals.

They eliminated Juventus in the last eight and de Ligt could be swapping Amsterdam for Turin this summer.

Reports claim the Serie A champions have moved ahead of Paris Saint-Germain and Barcelona in negotiations for de Ligt, but they are still to agree personal terms with de Ligt’s agent, Mino Raiola.

If the promising Netherlands international does seal a move to Italy, he would become the second-highest-paid player at Juventus, behind only Cristiano Ronaldo, with Juve set to part with a fee in excess of £60m to get their man.

While PSG, Barcelona and Manchester United have all been linked with moves for the player, de Ligt could become Maurizio Sarri’s first signing as Juventus manager if he agrees terms.

The defender said he was asked about a move to Juventus by Ronaldo at the end of the Nations League final earlier this month, which Portugal won 1-0.

“I didn’t understand him at first. I was a little shocked, so I laughed. But I didn’t say anything,” de Ligt told the Netherlands’ NOS television.

“So soon after the game you are not at all concerned with it. You are disappointed that you have lost and that is the only thing you are thinking about.”