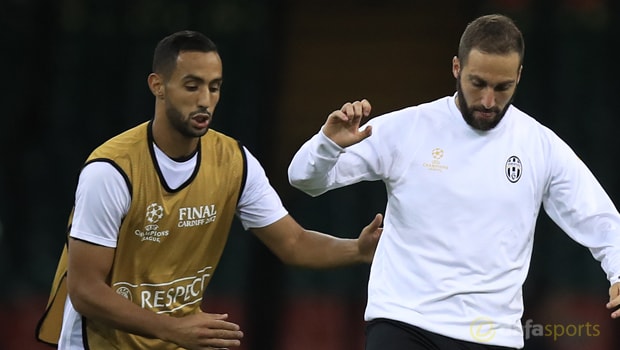 On-loan defender Benedikt Howedes says he will wait for talks at the end of the season to determine whether he has a future at Juventus.

The 30-year-old joined the Scudetto chasers on a season-long loan from Schalke last summer but his hopes of making the requisite 25 appearances to turn his temporary stay in Turin into a permanent move have nosedived because of injury.

The Germany international has made only three Serie A starts but is now fit and available as Juve close in on a domestic double.

Howedes says he is not panicking about his situation and hopes to have his future resolved at the end of the season.

“We’re waiting until we finish the season before we discuss my future, because the most important thing for us is winning the title and the Coppa Italia,” Howedes told the official club website.

“Unfortunately, I haven’t played that much but right now I’m in good shape and I’ve played a few games in row, so now I can show my quality and after the season is over we can sit down and talk.”

Juventus are four points clear of Napoli at the top of the table and will be crowned champions this weekend if they win at home to Bologna and their Scudetto rivals suffer a shock defeat against Torino.

They also take on AC Milan in the final of the Coppa Italia at Stadio Olimpico in Rome next Wednesday.

“Winning Serie A would be my first major title,” said Howedes.

“I’ve previously won the DFB-Pokal and DFL-Supercup with Schalke, but never a league title. It would be an amazing achievement for me and hopefully we can continue to play well until the end of the season.”

Juventus are available to back at 1.14 to win in 90 minutes against Bologna and the draw outcome is quoted 7.50, while the visitors are currently priced 21.00.