Fikayo Tomori is most expensive signing in Serie A so far 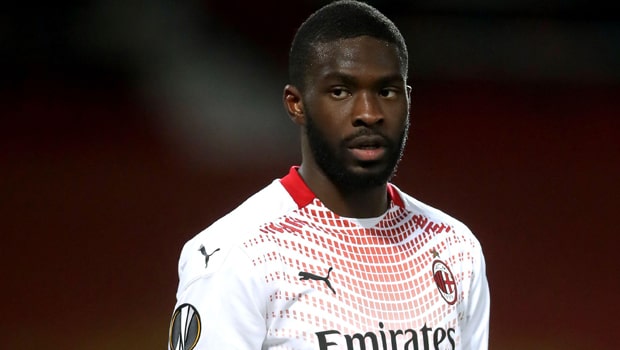 Data has shown that Milan defender Fikayo Tomori is the most expensive signing in Serie A so far.

The Canadian defender initially joined Milan on loan from Chelsea before making the move permanent which cost the Serie A side €29m. He has also been joined by his former teammate, Olivier Giroud, who wants more first-team opportunities, which has been hard to come by at Stamford Bridge.

He has been a mainstay in Milan’s defence, which was hard for him to chive with the Blues after his breakout season under sacked manager Frank Lampard.

After Tomori is Fiorentina’s, Nicolas Gonzalez – the Florence club brought him to the Artemio Franchi from Stuttgart in a deal costing €23m. He has also signed a five-year deal with the Tuscans.

Atalanta’s new signing, Juan Musso, is third on the list after Le Dae paid Udinese €20m for his service. He is expected to be a direct replacement for Pierluigi Gollini, who moved to Tottenham Hotspurs on an initial loan deal.

Matteo Politano and Weston McKennie make the numbers four and five on the list. Politano, who Roberto Mancini subbed for selection in the Euro 2020 squad, was initially with the Azuri on loan before they finally paid Inter Milan €19m  to make his switch to Napoli permanent this past February. He has become an important player for the team which missed the Champions League slot on the last day to Juventus.

This is a good business for Inter that was looking for a way to cut costs. Ther Nerazzurri has been able to sell off Achraf Hakimi, Politano, and Raja Naingolan.

After an impressive performance during his loan period from Schalke 04, Juventus in early March announced McKennie’s permanent transfer and paid the Bundesliga €18.5m plus potential €6.5m bonuses for his service.