Serie A: Napoli and Fiorentina refocus on league 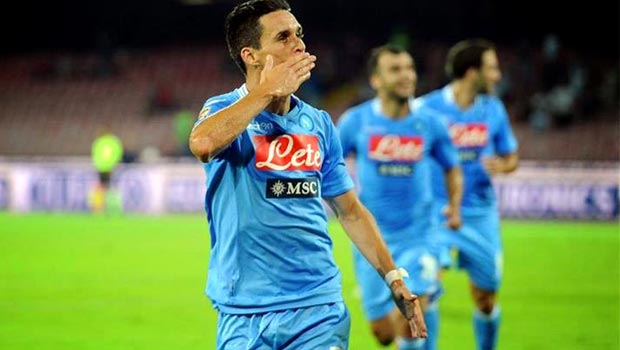 Napoli can extend their 10-point lead over Fiorentina in the race to finish in the third and final Champions League spot when the two sides meet in Serie A on Sunday.

Both clubs were dumped out of the Europa League in midweek and have been forced to focus almost entirely on the league campaign from now on, although Rafa Benitez’s side have qualified for the Coppa Italia final.

The Partenopei went out to Porto after a 2-2 draw at the San Paolo on Thursday night as Benitez again fielded a strong line-up.

The Spanish coach can recall midfielder Marek Hamsik, defender Christian Maggio and winger Jose Callejon to his starting side to face Fiorentina, who were knocked out by bitter rivals Juventus.

Benitez was proud of his players after the final whistle but lamented their failure to make their dominance count.

He said: “I think the team played a spectacular game with chances, control and intensity against a side that played with a high line at the back, and we had the opportunities to make the difference. Porto had a couple of chances in the first leg, but tonight it was just one-way traffic.”

Andrea Pirlo’s magnificent free-kick made the difference in Juventus’ 1-0 win over Vincenzo Montella’s side in Florence.

“Today we will soak up the bitterness, but tomorrow we will begin again seeking our objectives, without forgetting the incredible work we’ve done so far,” said the former Roma striker.

“Now we want to end our season on a high.”