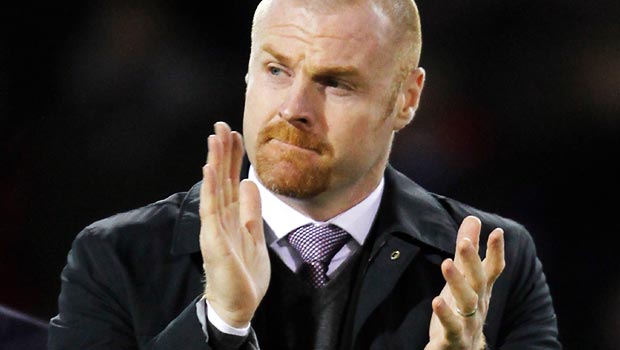 Burnley boss Sean Dyche refused to be downbeat following defeat to QPR last time out and he is convinced results will improve.

The Clarets failed to find the net as they slumped to a 2-0 defeat at fellow strugglers QPR on Saturday, but Dyche was pleased with the chances they created.

He told the Lancashire Telegraph: “I think you could see on Saturday that we are enhancing the quality of the chances.

“Barring the keeper (Rob Green), you’ve certainly got the grip of the game by half time, but we didn’t have and they capitalised on it.”

Burnley endured a tough start to the season but have managed two wins in their last five games, despite the loss at Loftus Road.

The Turf Moor outfit are 19th in the Premier League table but Burnley are just two points adrift of safety and Dyche feels his side can climb the table and move clear of danger.

The Burnley manager also feels striker Danny Ings, who has managed four goals in his last seven appearances, could be crucial to his side’s chances of avoiding the drop this term.

He added: “Ings has been bright scoring goals and delivering good performances, then you’re adding in chances created, still obviously questioning the goals against (Burnley have conceded 24 goals in 15 Premier League games to date).

“There are good signs of all the things I’m suggesting, but good signs don’t win you games, we’ve got to turn that into wins, we have done and we’ve got to keep doing it.”

Burnley host Southampton on Saturday and Dyche’s side can be backed at 4.63 to take all three points or 11.00 to win 1-0.