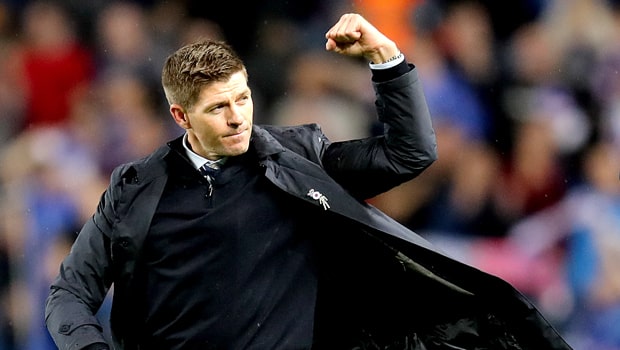 Steven Gerrard admitted he had to ‘provoke’ a reaction from Rangers after the Light Blues edged out Legia Warsaw to qualify for the Europa League group stages.

Alfredo Morelos scored a stoppage-time header at Ibrox after a night fraught with tension for the home team, the Glasgow side progressing with the only goal scored over two legs. Rangers were pedestrian in the opening 45 minutes against their Polish opponents, with Gerrard suggesting he ‘had to go for them at half-time’ in order to ramp things up.

The former England captain felt he got the desired reaction in the second half, culminating with the Colombian’s headed winner after a cross from substitute Jordan Jones. “I had to go for them at half-time. In the first half we never went into top gear,” he told Rangers TV.

“We had the handbrake and seatbelts on. They needed to be provoked and I got the reaction I wanted because second half we took the shackles off and really went for Legia. “Then it was about people stepping up for moments of quality and Jordan Jones provided it with an exquisite cross and Alfredo does what he does, scoring goals.

“The players deserve all the plaudits.” There were scenes of unbridled joy at full-time as Rangers celebrated a second season of group stage action in the Europa League. For Gerrard, those scenes are justification for his move to Scotland last year. “One of the reasons I took the job was the support,” Gerrard said.

“From the outside, I could see the pain and disappointment. I wanted to come in and help. “It’s moments like tonight that make me feel so proud and make it feel worthwhile. I’m glad I signed up to it.” Next up for Rangers is a derby tussle with Celtic at Ibrox on Sunday, with both Glasgow giants having perfect records in the Scottish Premiership this season.