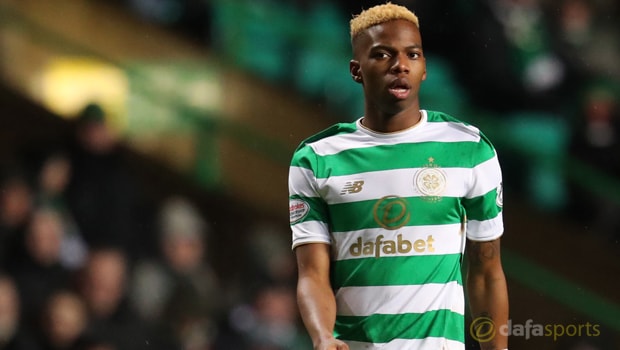 New Celtic winger Charly Musonda has admitted it was a very simple decision to join the club on loan until the end of the season as he looks to win silverware.

The 21-year-old has crossed the border after leaving reigning Premier League champions Chelsea after struggling to break into the first team.

Celtic boss Brendan Rodgers has claimed 24 clubs were chasing his signature and he finally has his man after failing to sign him last summer.

Musonda has joined on an 18-month loan deal and he admits he has been impressed by the club’s fans already.

He told Celtic TV: “It’s simple for me – Celtic is a massive club. It’s a club with many fans, an unbelievable passion, and the culture is more than a club.

Those were the most important things, and I wanted to go somewhere where I would enjoy my football, and I know the manager as well. I am very happy to be here.

“It’s a massive club and I am really looking forward to it. I was quite close to coming last summer but it didn’t happen.

“I spoke again with the manager a couple of weeks ago and I said I had a feeling that this is where I want to come and play my football. I am very lucky to be here and I am very happy to be here.”

Musonda joins Celtic at a crucial stage of the season, with the Hoops 11 points clear at the top of the table.

They are still in the Europa League and will take on Zenit St Petersburg on February 15.