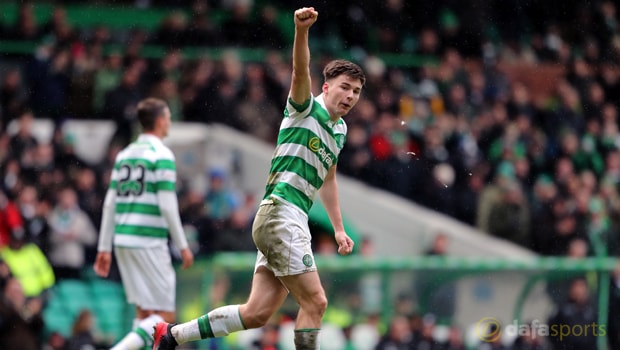 In total the 20-year-old scored 17 goals and provided 21 assists during his 60 appearances for Celtic and he certainly left a lasting impression on Tierney, who is desperate for the winger to return to Glasgow next season.

“I would be delighted if we were able to get Patrick Roberts back, I really would,” Tierney told the Evening Times.

“He showed last season what he can do and he was part of what was an incredible season for us.”

Roberts’ first-team opportunities with City could be limited, with the likes of Kevin De Bruyne, David Silva and new signing Bernado Silva also vying for places in Pep Guardiola’s side, so another temporary switch away from the Etihad Stadium could be on the cards.

Celtic are not the only side believed to be interested in Roberts, but Tierney has certainly been doing his bit to try and get the youngster to rejoin the Bhoys.

“I am on the phone to him all the time – I am telling him every other day that he would be better back here for another crack at it,” the Scotland international added.

“It is out of my hands but I spent a full season on at him so here’s hoping it might have had some effect.”