John Hartson tips Scott Sinclair to bounce back for Bhoys 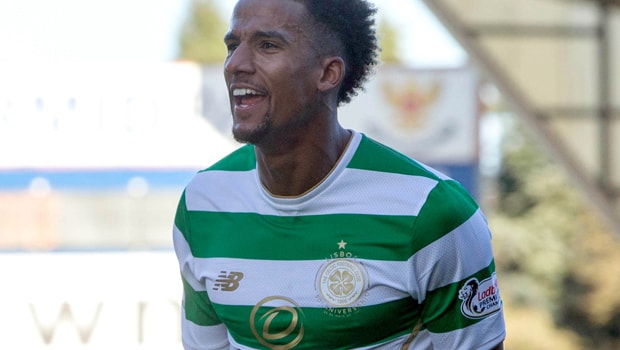 The Englishman netted 21 goals in the 35 Scottish Premiership appearances during his first season north of the border.

Last term, that number dropped to 10 goals in 35 appearances, with Sinclair finding himself in and out of the starting team.

There was speculation linking the ex-Manchester City and Aston Villa forward with a return to English football this summer, but Hartson sees the 29-year-old staying in Glasgow. Brendan Rodgers’ trust in the player is going to be vital, says Hartson.

“I’ve heard a few people wonder if the winger would maybe look for a return down south this summer, but I think that he will remain at Celtic for at least another season,” said the Welshman.

“I don’t think he had a poor campaign last year as some have suggested.

He didn’t play as well as he did in his first campaign, but I think Brendan is very loyal to him, having worked with him before, and he will know how to get the best out of him again.”

Celtic begin their Champions League qualifying bid against Alashkert in Armenia on July 10.

If they make the lucrative group stages in the autumn, Sinclair remains the type of player that will be vital for the Hoops.

“Scott has that skill and that touch to create something from very little and when you are talking about Champions League qualifiers and big games, then I think his experience can prove to be vital,” Hartson added.