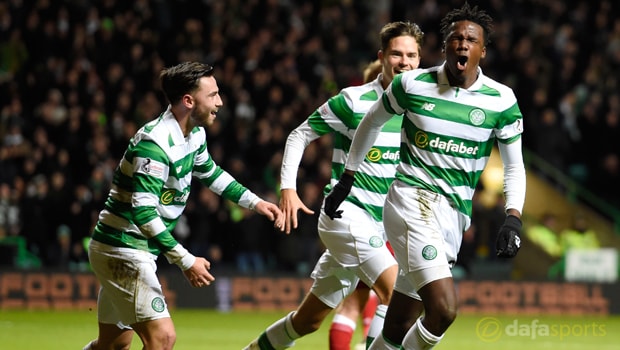 Celtic’s Dedryck Boyata says his side’s exploits this season will count for nothing if they fail to win Saturday’s Scottish Cup final against Aberdeen.

The Bhoys have been brilliant domestically, going unbeaten throughout the Scottish Premiership campaign to claim a sixth straight title, as well as adding the Scottish League Cup back in November.

Inevitably, they have been nicknamed ‘The Invincibles’, but they still have one game of the season to go and it promises to be a tricky affair at Hampden Park.

Celtic beat the Dons in the League Cup final and although Derek McInnes’ side also struggled to match them in their other encounters, the Reds were the only team to keep them honest in the league, only to fall away in the second half of the campaign.

A domestic treble would complete a remarkable maiden campaign for Brendan Rodgers, who will already be looking at potential transfer targets to enhance his side’s Champions League chances for next season.

However, Boyata is certainly not getting complacent and will be hoping for another big showing after only becoming a regular in the team in late January.

The Belgian defender says his side have been pleased with how they have performed this season, but admits losing on Saturday would take some of the gloss off of their campaign.

He said: “We’ve been invincible in the league, but we’ve got another game and we’ll forget everything if we lose this final.”