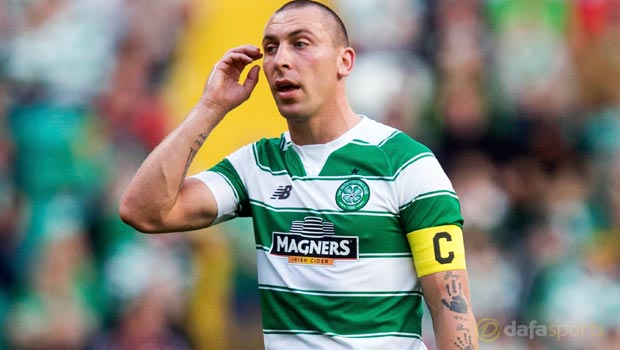 The Hoops are looking to reach the Champions League group stages but face potentially another two hurdles before rubbing shoulders with Europe’s elite again.

The Scottish champions took care of Icelandic outfit Stjarnan in the second qualifying round, setting up a tricky encounter with Azerbaijani champions Qarabag.

A good result in the first leg at Parkhead is likely to be vital for Celtic going into the return clash in Azerbaijan, and Brown feels the players are ready to deliver a win based on the clash with Rennes.

Leigh Griffiths and Gary Mackay-Steven found the back of the net in Glasgow to give the SPL champions a 2-0 victory in a game which featured several strong challenges.

Captain Brown is desperate to make sure Celtic make it through the Champions League group stages but admits it is difficult to be at your best at such an early stage in the season, even when there is so much riding on the tie.

“I thought we conducted ourselves really well and played well, particularly in the first half,” Brown told the club website.

“We wanted it to be competitive, especially with the game coming on Wednesday. We know what we’re going to get there. It’s going to be similar and we’ve just got to go out and do as well as we possibly can.

“It’s always going to be hard playing a good team, but the performance against Rennes will hopefully give us a boost.

“These are huge games right at the start of the season which mean so much to the club and hopefully this season it was the right decision to stay at home.”

Celtic are less than a week away from the start of the SPL season as they get set to face Ross County on August 1 at Parkhead.