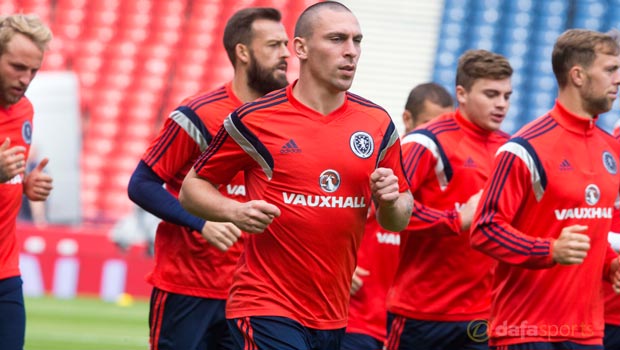 Scotland captain Scott Brown is adamant his side have the quality needed to beat Georgia on Friday night and improve their chances of qualifying for Euro 2016.

The Scots have bad memories of playing Georgia in Tbilisi after losing out on qualification for Euro 2008 following a shock 1-0 defeat.

History could repeat itself if Scotland lose, with Gordon Strachan’s side under pressure in Group D. Scotland sit third at the minute, three points behind group leaders Poland and two behind second-placed Germany.

Rivals Republic of Ireland are just two points behind Strachan’s men and a defeat could see their chances of qualification slip away.

Although previous results are not in their favour Brown is confident his side can do the business and increase their chances of qualification.

He told Sky Sports: “The match in 2007 was a long time ago. It was a different squad, different manager and a different style of football to now. I don’t think we need to worry about it.

“It’s always hard coming away from home no matter where it is…but I think we’ve got the players to cope with that and produce a result.

“We are going to create chances and we’ve got the players there to go on and finish them.

“Everyone is saying every game is a must-win game now but there are three teams that can win it to be perfectly honest.

Republic of Ireland can still qualify through the play-offs as well so we need to keep on form. We need to keep getting results and try and push everyone else as far as we can.”