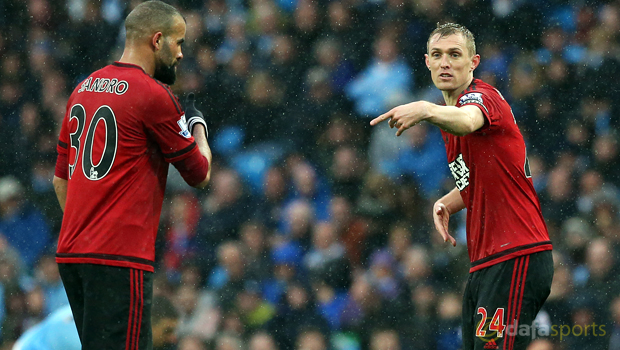 Former Tottenham midfielder Sandro admits he is pleased his old club is competing for the Premier League title, but he is still determined to help West Brom beat them on Monday night.

The Brazilian left White Hart Lane in 2014 after four years and has watched the north Londoners mount a serious challenge for the title this season.

They currently trail Leicester by eight points after the Foxes won 4-0 against Swansea on Sunday and Sandro admits his former club have impressed him over the last few months.

Sandro has had a torrid run of injuries since his loan move to the Baggies from QPR in January, but he is now determined to kick on and help Tony Pulis’ men.

They go into Monday’s clash with Spurs on the back of a 2-0 defeat to Arsenal and Sandro is fully focused on grabbing three points, even though it could cost Spurs the title.

He told Sky Sports: “I’m really excited. It’s the first time I’ll have been there since I left. I had a good four years there. Now they can win the league so it’s been a massive change!

“Am I surprised by how well they’ve done this season? Yes, a little bit. It’s not just the attackers who are doing well, it’s the midfielders, the defenders, the manager.

“They’ve improved, you can see they’re enjoying their football. I’m happy for them, but now I have to try and stop them!