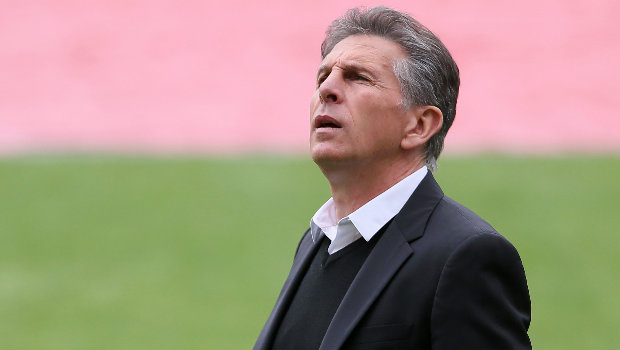 Claude Puel has been sacked as manager of Southampton after just one season in charge of the club.

The Frenchman succeeded Ronald Koeman as boss last summer and he guided the south coast club to an eighth-place finish in the Premier League, as well as the final of the EFL Cup, where they were unfortunate to lose 3-2 to Manchester United.

However, many supporters were unhappy with the style of football on display at St Mary’s and, despite their respectable standing in the Premier League, Saints only won 12 of their 38 top-flight matches last term.

Those shortcomings appear to have ultimately cost Puel his job, with the club confirming the news of his departure in a statement released on Wednesday evening.

“Southampton can today confirm that it has terminated the contract of Claude Puel with immediate effect,” the statement read. “Everyone at Southampton would like to express our thanks to Claude for his hard work and commitment this year. We wish Claude well for the future.”

Southampton went on to confirm that the search for a new manager has already begun, with the likes of Thomas Tuchel, Frank de Boer and Mauricio Pellegrino emerging as early front runners. The statement continued:

“The search for a new management team is underway. We are confident that we will find the right fit in line with the long-term vision of the club.”

Saints will kick-off the new Premier League season with a home match against Swansea on August 12 and they are priced at 1.73 to secure all three points from that game, while the Swans are available at 5.00 and the draw is on offer at 3.60.