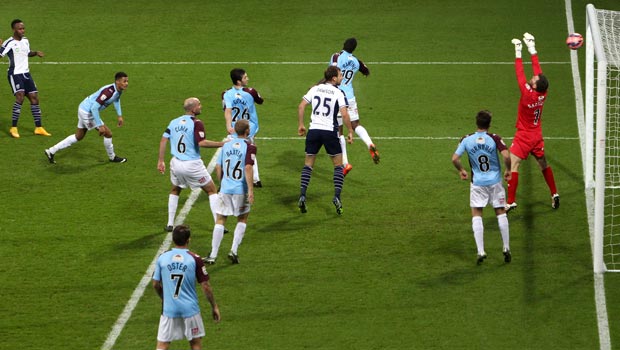 West Brom striker Saido Berahino insists that he is fully focused on fighting for his place at the club after bagging four goals under the watchful eye of new manager Tony Pulis.

Berahino has been one of the Baggies stars in the first half of the season and he further extended his goalscoring tally in the FA Cup thrashing of non-league Gateshead on Saturday.

The England international has endured somewhat of a goal drought of late but found his touch once again in the 7-0 win to secure progression to the fourth round.

The 21-year-old scored his hat-trick within 11 minutes before grabbing his fourth with the last kick of the game.

However, Berahino remained straight-faced and showed very little emotion after each strike, despite finishing as man-of-the-match.

Berahino said: “I was just handling business and acting professionally and that’s it.

“There’s no need for me to explain myself on not celebrating goals.

“I just have to do what I do on the pitch.

“I’m a West Bromwich Albion player and I’ve just got to perform for them and try to get as many goals as I can and contribute to wins.”

Liverpool and Tottenham are understood be eyeing the striker as a possible candidate to sign during the January transfer window.

Berahino has now scored 13 times this season and some reports suggest he could draw in a figure in the region of £23million this month.

The Baggies man insists that he is not allowing any of the transfer talk to play on his mind and is eager just to keep doing his job for the club.

He added: “It’s not really difficult because I just ignore the stories and I don’t really read anything into it.

“Newspapers have said bad things about me so I’m not really fussed what they have to say about where I’m going or what will happen. I just ignore it all.”