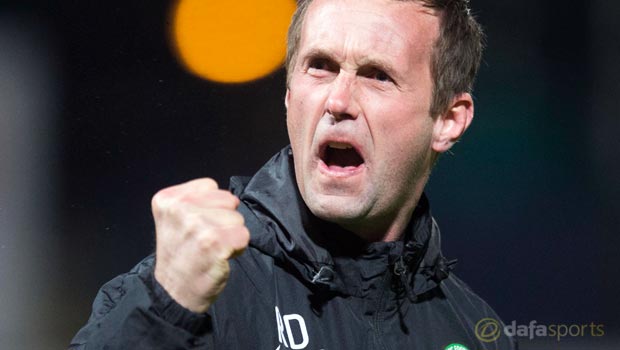 After winning the League Cup earlier in the campaign, Celtic were handed the league title when their nearest challengers, Aberdeen, lost at Dundee United on Saturday.

Deila endured a difficult start to life in Glasgow, his side losing to Inverness and Hamilton in the opening weeks of the campaign, but they eventually eased to a fourth straight championship.
Their only other league defeats came at Dundee United, just before Christmas, and at home to St Johnstone in March.

They struggled in Europe though, being knocked out of the Champions League by Legia Warsaw, only to be reinstated as the Polish side had used an ineligible player, before losing to Maribor in the play-offs.

Celtic were then beaten by Inter Milan in the last-32 stage of the Europa League.

However, they only conceded 17 goals in 35 league matches, with 39-year-old former Brodd and Stromsgodset manager Deila saying: “We have achieved a big thing. Hopefully there will be more and more.

“Defensively we have been unbelievable the whole season and we have hardly conceded a goal. We have worked so hard for this and finally we are there and can start thinking of next season.”

Deila’s men are expected to be presented with the Premiership trophy after their home match against Inverness Caledonian Thistle on 24th May.