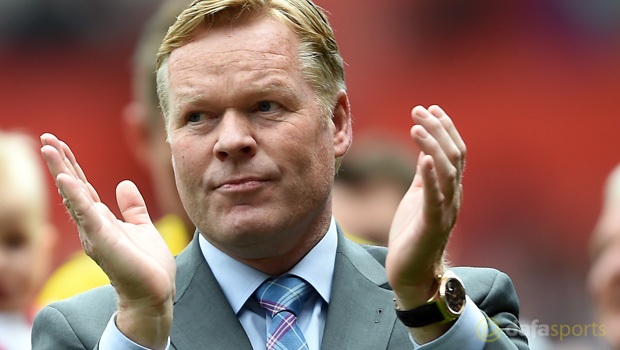 Everton boss Ronald Koeman has urged his side to show plenty of ambition this season as they try to challenge for silverware.

The Toffees, available at 12.00 to finish in the top four, have turned to Koeman after a disappointing campaign last year under Roberto Martinez.

Koeman decided to leave Southampton, despite guiding them into the Europa League at the back end of last season.

Now the Dutchman wants his side to dream big after seeing his side play their first friendly against FK Jablonec in Austria on Saturday.

Defender Brendan Galloway scored the only goal of the game and the Toffees will now return to Finch Farm on Monday as the rest of their squad meet up following Euro 2016.

With the new season now just a few weeks away, Koeman has asked his team to stick together as they go in search of silverware.

He told the Liverpool Echo: “I feel that support that I have as the manager.

Everybody is involved, everybody likes to help and that’s most important, that the staff show we have one direction.

“After that, the players need to show the spirit and ambition they have to be a team. That’s how we can win this season, that mentally we are a strong team.

“We have good players. We know we have some very good individual qualities in the team but as you saw in the Euros Portugal was not the best quality team but they won the Euros.

“Most of the time it’s all about the spirit, ambition and character and staying together.”

As well as trying to qualify for the Champions League, the Toffees will be out to win a trophy and they can be backed at odds of 21.00 to win the League Cup.