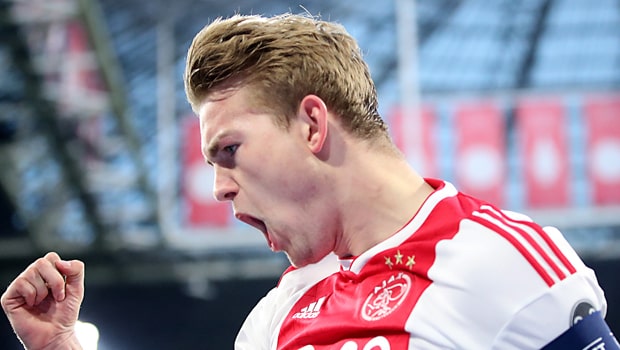 Netherlands boss Ronald Koeman has told Matthijs de Ligt to consider his own development before making a big-money move this summer.

The 19-year-old central defender captained Ajax to the Eredivisie title and helped them reach the semi-finals of the Champions League this season.

He is set to bid farewell to his homeland in the coming weeks, however, with a queue of Europe’s biggest names chasing his signature.

Manchester United, Barcelona, Liverpool and Paris Saint-Germain are all reportedly interested in the teenager but Koeman, himself a former central defender, has told de Ligt to carefully consider his next move.

Koeman says he has the same advice for any young player eager to take the next step. “I spoke to Matthijs one week ago about his future and that’s secret,” he said.

De Ligt is likely to start alongside Champions League winner Virgil van Dijk in Thursday’s Nations League semi-final with England, but the Reds defender wasn’t being drawn on the possibility they’ll be team-mates at Anfield next season.

“I think Matthijs is a fantastic player and I think any decision he’s going to make is going to be the right one for him, so we’ll see,” Van Dijk said.