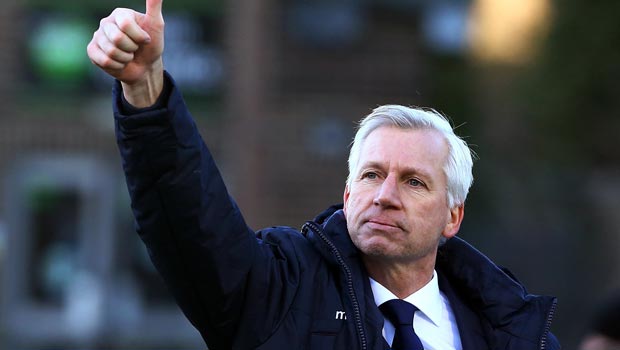 Ronald Koeman is expecting a much changed Crystal Palace from the one that Southampton defeated 3-1 less than a month ago when the sides meet in the FA Cup fourth round at St Mary’s.

The Saints’ triumph at Selhurst Park on December 26 marked the final game in charge for Neil Warnock.

Koeman’s side are unbeaten in six games since that win, including victories over Arsenal and Manchester United, but the Dutchman says Palace are a changed outfit since the new man took over in the dugout.

“They have a spirit in the team, the confidence and they have had a great start under Alan Pardew,” Koeman said.

The Saints boss believes that all parties have benefited from Pardew’s return to the club where he has great memories of his playing career.

According to Koeman, the players have got a boost from his fresh approach while he also thinks Pardew is more content since leaving his job at Newcastle.

“At the moment they are more difficult to beat than over Christmas on Boxing Day,” Koeman said.

“They have new players and a new manager and that always means some changes in tactics or organisation in the team and I think the manager is more happy than he was before, and that’s important.”

Southampton continue to defy their doubters as they sit behind title rivals Chelsea and Manchester City in third spot in the Premier League table.

They are unbeaten in eight games stretching back to mid-December.