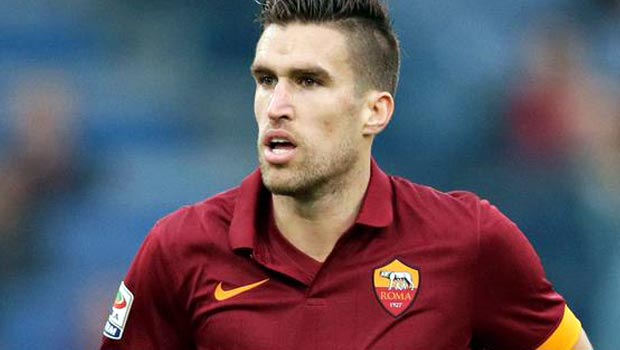 Roma midfielder Kevin Strootman has sustained another injury and looks set to be sidelined for a minimum of four weeks.

The 24-year-old Dutch star has been linked with Manchester United who appeared to be on the verge of signing him last summer until he suffered a cruciate knee injury just before the World Cup.

United boss Louis van Gaal had been keen to sign Strootman as part of his plans to transform United’s midfield but he did not play again until December and suffered another setback against Fiorentina on Sunday, when he had to be substituted.

Roma have confirmed that Strootman requires further surgery having developed ‘Cyclops Syndrome’ following his ligament reconstruction, suffering pain and loss of mobility in the knee.

The 30-year-old Scotland international midfielder has been told he can leave Old Trafford with the Hammers leading the chase to clinch his signature.

West Ham manager Sam Allardyce said a move was “still a possibility”, adding: “It’s not dead yet, but not absolutely certain.

“It’s always frustrating in this window, but you have to be patient and what will be, will be. It’s not as if we’re desperate, but we’d like a quality player of Darren’s talent if that’s at all possible.”

West Brom and Valencia have also been linked with Fletcher who has been with United since 10 years of age.

Meanwhile, United are 1.30 to beat Leicester City this weekend while a Foxes win at Old Trafford is available at 9.73.