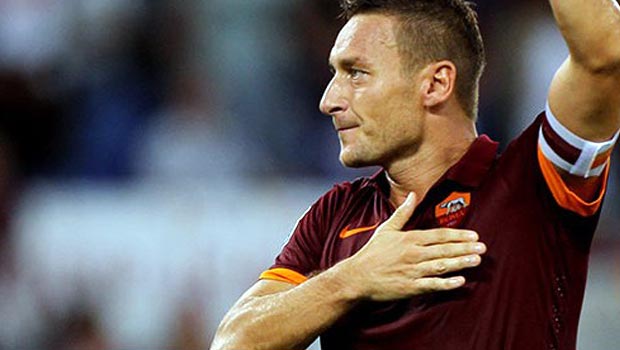 AS Roma captain Francesco Totti has called on his side to remain focused when they host Inter Milan at the Stadio Olimpico on Sunday evening, as they look to keep the pressure on Juventus.

The Giallorossi have made a superb start to the season, winning nine of their twelve games, and currently sit second in Serie A, just three points behind leaders Juventus.

A win against Inter will draw Roma level on points with their title rivals, should other results on Sunday go their way, and club captain Totti has urged his side – who are priced at 1.80 to earn victory – to remain focused and maintain their 100% home record.

Inter are eleven points shy of Roma, but the return of Roberto Mancini has sparked somewhat of a revival as the side have lost just once in their last five games.

“They (Inter) recently changed coach,” Totti told Gazzetta dello Sport. “They have brought back Mancini, who is a great motivator and a very good coach.

“To face Inter is always special and we just have to remain focused on the league and try to keep up the pace with Juventus.”

Inter captain Andrea Ranocchia is also wary of the fixture and Totti himself, claiming that he is the most influential player amongst the Roma starting eleven.

“Rudi Garcia’s Roma are a big team who play a European style of football. It is certainly going to be difficult, but I hope that we win. The player I fear the most? Definitely Totti.”