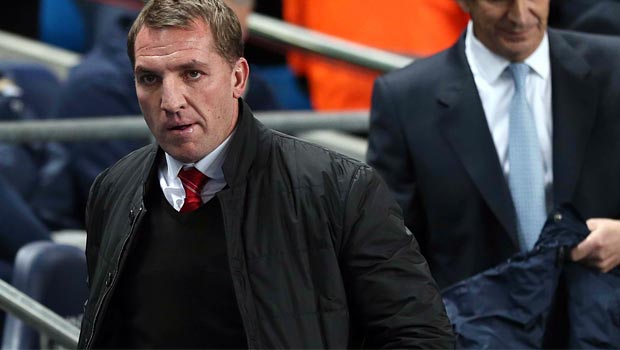 Liverpool boss Brendan Rodgers has described the performance of the officials in his side’s 2-1 defeat at Manchester City as “horrendous” and wondered why Bolton-based referee Lee Mason was in charge of the match.

Liverpool lost at the Etihad despite an impressive performance which saw them go in front through Philippe Coutinho only for Vincent Kompany and Alvaro Negredo to win it for City.

Rodgers was angry with an offside flag against Raheem Sterling, when he was about three yards onside, and he felt Luis Suarez was denied a late penalty.

“I never go on about officials but I thought they were horrendous,” he said. “The linesman gave Raheem offside in the first half but they were not even on the same cut of grass. If you are working at this level you have got to get those right.

“I’m asking young players to make those runs, he does it perfectly, and is given offside,” the Reds boss added. “There was another incident in the second half when Luis should have had a free-kick on the edge of the box and arguably there was a penalty late on.

“Luis can’t jump because [Lescott’s] tugging at his shirt.”

Rodgers questioned the appointment of Mason, who is from Bolton, as his side finished Boxing Day in fourth, three points behind leaders Arsenal, adding: “Hopefully we won’t have a Greater Manchester referee with Liverpool-Manchester games in future. We had nothing that went our way at all.

“I was surprised that we are playing in Manchester and we had a referee from Greater Manchester. I was surprised when I saw it but that’s by the by. For Liverpool against Manchester City, I don’t think we’d get an official from Wirral.”

Rodgers’ side must now pick themselves up for another tough assignment on Sunday when they go to Chelsea.